I know some achievements are hard to come by ... and some games become unpopular over time so not too many people play them, but this achievement I got yesterday evening just blows my mind...

ONLY ONE person got this achievement in 2020,

and then 4 people between June and November 2019

So in average one person getting it every 3 months. Mental!!! 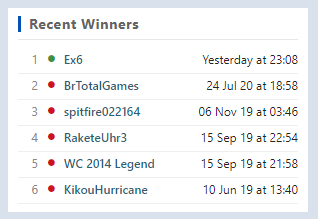 Gamer as I am, I spent part of the last day of 2020 to grind out the last achievements in Farming Simulator 17, that was "supposed" to leave GamePass on 30th December.

It took some time, some planning, and checking some hints on TrueAchievements website, but I managed to complete the game before year ended and before the game was pulled from GamePass.

And apparently it was my 50th completed game (maximum GS per game) according to TA. Double woo-hoo!

My Decade On Xbox

If you have an account in the trueachievements website, they have created nice page for all their users about their gaming decade... 10 years of gaming displayed in one page.

I checked out my page and it is quite interesting stuff ...

How did that happen? I know that I have played this on Windows phone, Windows 8 and and Windows 10 at different times. All of them have different achievements, but somewhat centrally stored statistics about user profile. When checked their site, I see Win 8 had only 3 achievements worth 25 GS that were easy to obtain. Basically they were Play a game, play game in Hard difficulty and Change theme. No wonder it only took 16 minutes to complete.

This game only had 13 achievements, but it was hard to complete - the last one "complete 10 Leviathan raids" was tough for me as I was mostly solo player... when attempted the Leviathan raids - usually the matchmaking failed because there were not enough players in the queue, or I was teamed up with random low level players who had no idea what to do, and had very low level gear... so no chance of beating the Leviathan. Even with skilled players, the raids failed many times.

Looking at the stats, I see I started playing it in June 2008 when I got the first achievement. Then played it over period of time. Got "won as Mongolian civilization" achievement in November 2008. Then who-knows-what happened and the game was shelved and forgotten for years ... next achievement I got only in 17th January 2014 and then grinded through the whole game and all remaining achievements in just 2 days :)

I can also clearly see that the time I was between two nine-2-five jobs. I was unemployed and did short roles and some months here and there contracting - I did much more gaming and got more GS than when I was employed full time.

My personal stats page can be seen at https://www.trueachievements.com/decade/365872
No comments:

Email ThisBlogThis!Share to TwitterShare to FacebookShare to Pinterest
Labels: trueachievements

USB SSD with Xbox One

I did some testing today with external USB 3.0 IDE/SATA adapter and Crucial MX500 SSD. 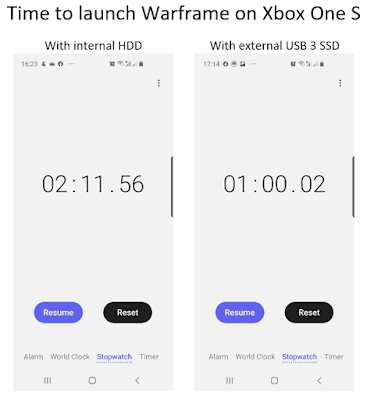 So.. next payday I am probably going to buy an external SSD for my console and move my more commonly used and bigger games on it. The HDD vs. SSD price difference is quite big and the speed gains with small "arcade" games does not matter so much... If game launches in 5 or 10 seconds - both acceptable, but 1 minute, versus 2 minutes and 11 seconds... that is a big difference.

Plan for the weekend

Have no fear, Friday is here!

Plan for this weekend is to pop in 1 or 2 one days premium time in World of Tanks and grind the monthly operation and work on my active missionary contract.

So if you see me in the game doing stupid things like solo rushing enemy, it is probably just to complete the "win X battles" part of the op or contract as soon as possible. :)
No comments:

Email ThisBlogThis!Share to TwitterShare to FacebookShare to Pinterest
Labels: 2019, 2019 June, World of Tanks

Was looking around for new external HDD for my Xbox One and ended up at Irish Argos page that is apparently selling the worlds slowest hard disk... 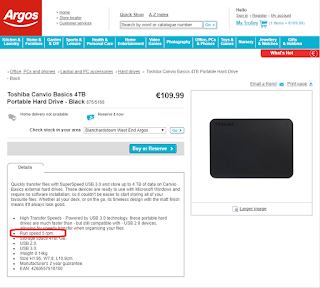