This weekend was fun in real life and not so much in the Xbox gaming world.

We went out with friends and stayed in one nice cosy countryside pub till 3AM.

So to give quick feedback on the gaming - all I played over weekend was Jetpack Joyride, Ascend: Hand of Kul and AlphaJax.

Got no achievements in Ascend: Hand of Kul, but managed to get one achievement in AlphaJax on Saturday and one in Jetpack Joyride today. :) 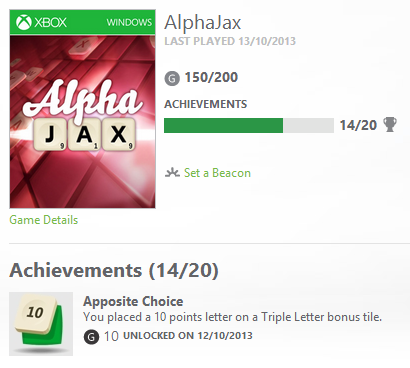 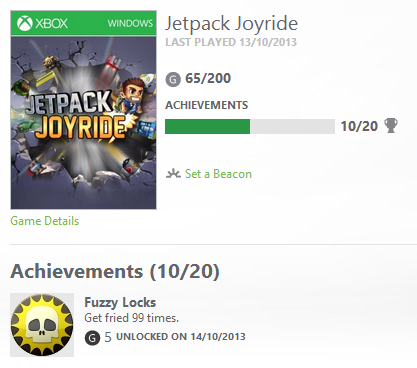 Oddly enough, when taking the screenshot, I see I have achievement from the future ... The "last played" of the game says 13th but I got the achievement is from 14th October. How come? :)