Another day where I only played one game - this time it was again Lego Star Wars II.

"Lego city complete" was easy to do - its just an achievement, that you cannot do in beginning of the game. You have to have progressed relatively far in the game to have enough gold bricks to build the door to the Lego city. Once you have it built, it is easy.

"Game 80% complete" - this is just one that comes over time when you have re-played the levels in normal or free mode and collected more and more bricks and mini-kits. 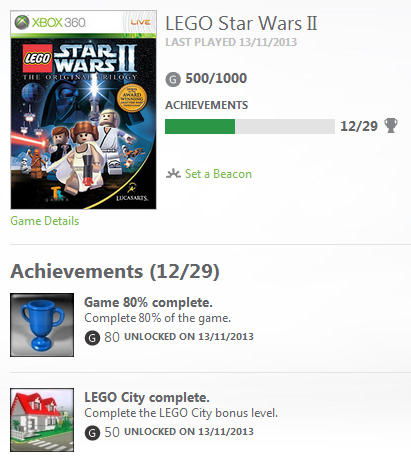