Even after a busy day and spending about 8 hours in 4 different buses, managed to do some gaming in the evening.

Got 3 achievements on Lego Star Wars TCS and 4 in a "new" game: Wheelman. I know I know, Wheelman is not "new" game as it was released already on March 2009. It was new to me, as I have not played it till now. :)

Lego achievements were easy - two of them were the "use X to kill Y" that are very easy with 2 controllers if you have the characters unlocked and bought. The "wear every hat" came just during regular gameplay - no grinding was needed. 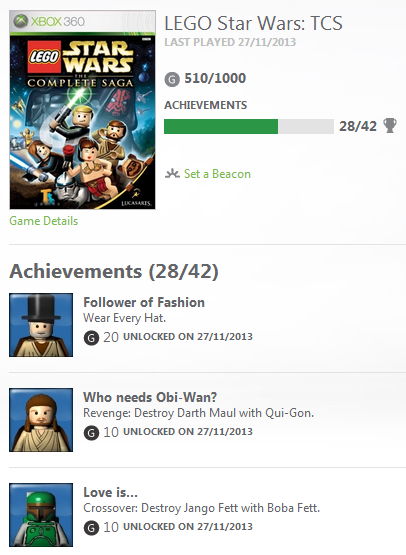 
The first three Wheelman achievements came easily during normal gameplay. Just follow the scripted path to get yourself familiar with the game and you get the achievements. The 4th one I got when I completed my very first side-mission. 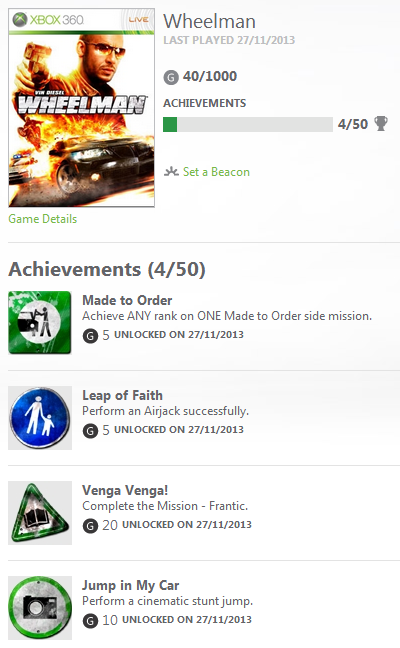