Today I played 2 Lego Star Wars games and got achievements in both. :)

The "Undefeated Endor" was quite easy to do with a "ghost" character - it cannot be killed and enemies leave you alone. But the Speeder Showdown - it needed concentration. Even when using ghost, you are vulnerable when riding the speeder and can be killed by turrets or just by hitting the walls/trees by accident. 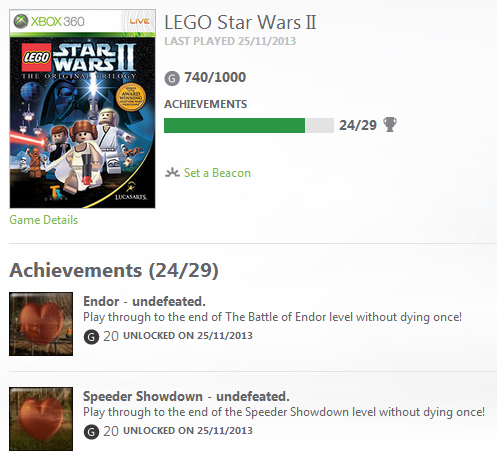 In Lego Star Wars TCS got some relatively easy achievements.

For "Shoot first" I just needed to fire up second controller, select right characters for both players, launch a random episode, have one specific character kill another, and voila - there it was.

Little similar deal with "Fire in the hole" - just had to use Bobba Fett and throw a thermal detonator into a swarm of storm-troopers. :)

Gopher was also very easy to get ... if you have all the stud multiplayers equipped. :) 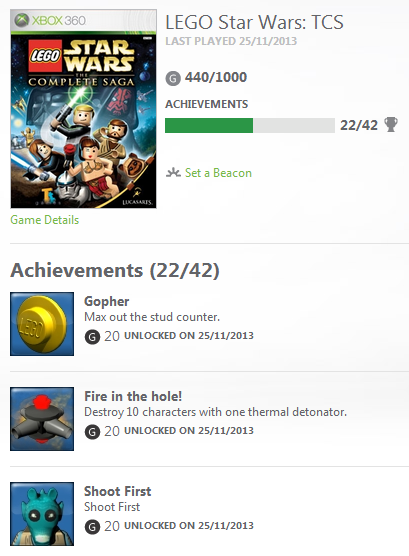