Another day with bunch of Wheelman game-time. Did one story mission and then had to do some trickery to get the 3 boss defeating achievements.

The trick was that you need to make 3 separate save games and then in every save-game kill one of the fraction bosses (as killing one makes other 2 missions to disappear from the map, and auto-save makes it impossible to "go back" unless you save game to 3 different slots).

The missions were relatively hard, but did get them all done in few attempts. 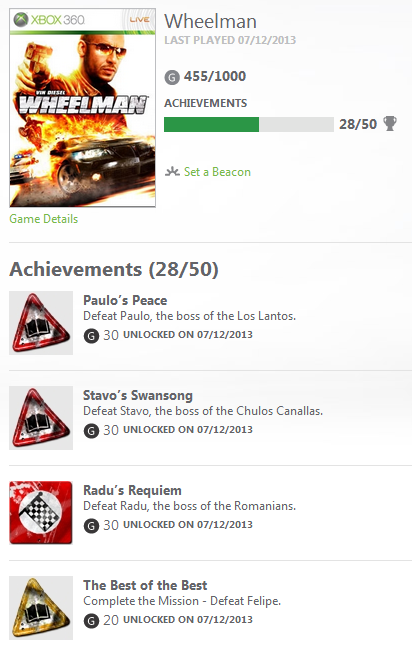