Game wise it was a busy day - played 3 different games and got achievements in all of them.

Lets start with the new one first - got myself a bargain recently - Plants vs. Zombies was on sale in Xbox Live and I grabbed it immediately - cost was little over 1 euro, might have been 1.99 USD. Not bad eh?

Anyway, went through the first few missions and the super-easy achievement popped. 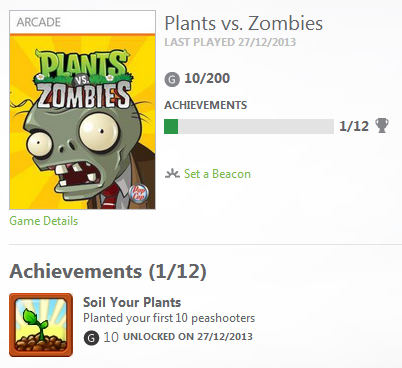 Then it was time to replay the missions in Kung Fu Panda and get myself closer to the 100% game completion. Managed to get 4 achievements done during the day with some pauses between game time. Now I am 120 GS closer to 1000/1000. 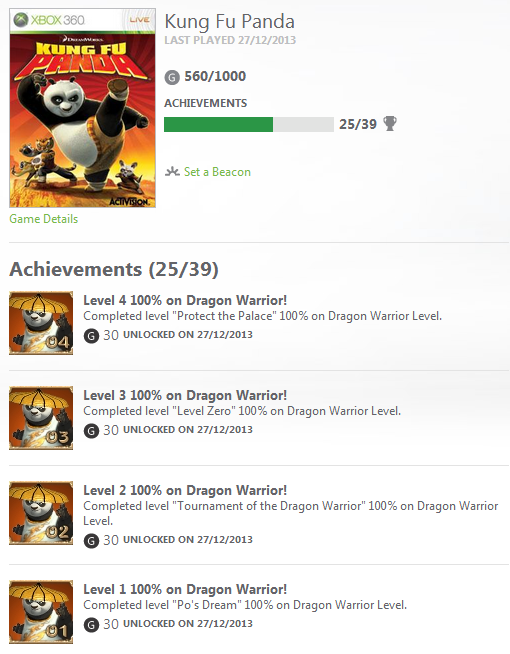 Finally, it was time to do some co-op with my son. Played several of hours and we both got several achievements done in D&D Daggerdale. The screenshot is only for the achievement and not the game cover image because we started in the evening and got few achievements after midnight. Time flies when you have fun and don't have a clock in front of you. :) 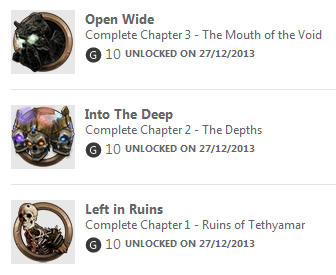