Started playing "new" game today, the 2007 released TMNT (Teenage Mutant Ninja Turtles). New in a sense, that I have not played that game before. :)

First 70G came very easily. First one came just for finishing the first level (more like a tutorial level) and second one as I did not take any damage during the tutorial. Easy-peasy. I suspect the later chapters will be more challenging, although this kind of platform jump games are relatively easy and are often made more for children than adult gamers. 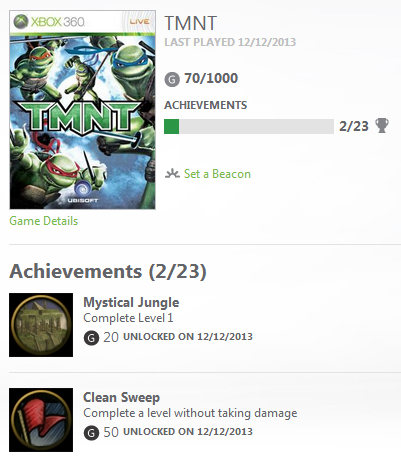